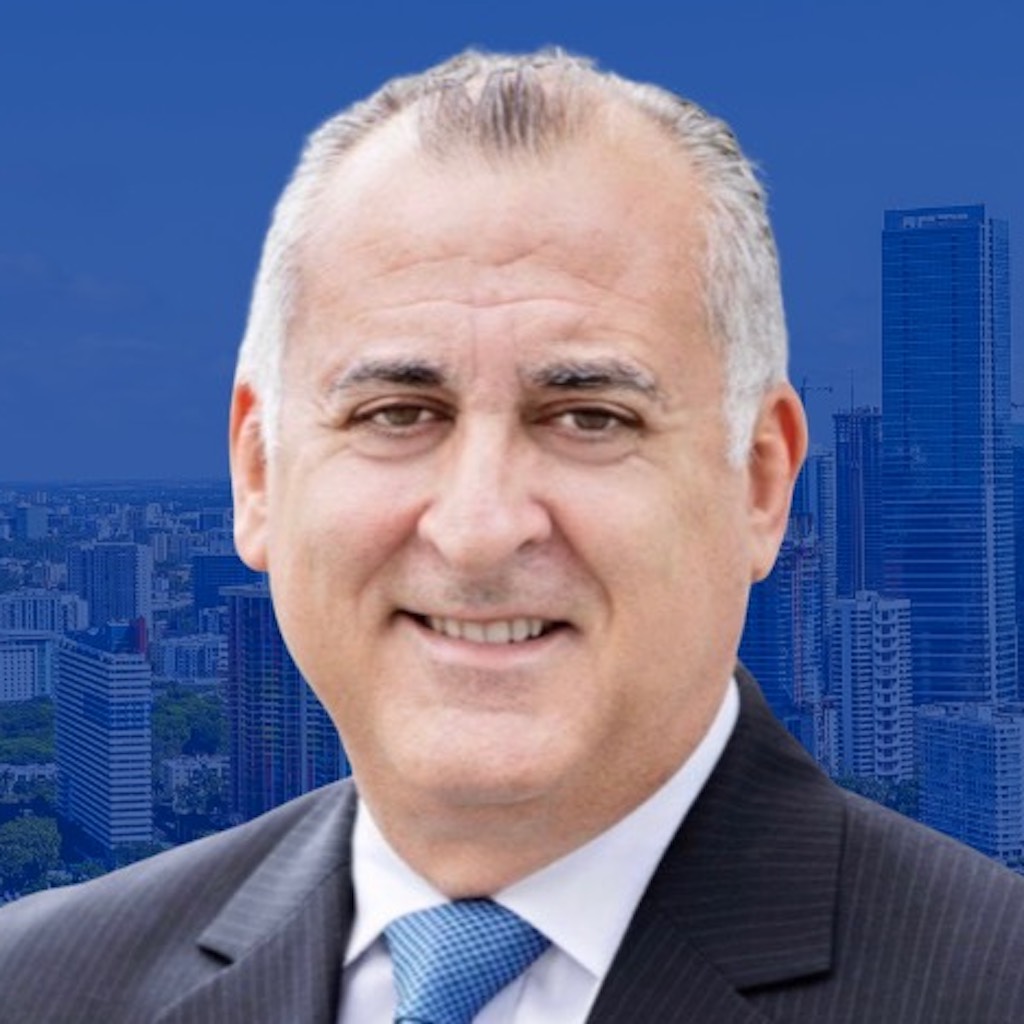 I, like most in the community I represent, rely on driving. The Northwest area of Miami-Dade County is not the ideal area for walking, biking or public transit. Most of our bus stops are not sheltered. There are no “safe” bike lanes. Public transit is either not accessible or functional.

However, I do take public transit when it alleviates my commute, such as traveling to downtown during rush hour. I have repeatedly stated that many in our community see a car as a ticket to freedom. We will only see a pivot in our community once we make walking, biking or public transit as accessible and efficient as a vehicle.

2. Support the Better Bus Project to creating a reliable and efficient system that will attract new riders and eliminate the County’s bloated inefficiencies.

3. Advocate for regional transit by bringing Tri-Rail into Downtown Miami and holding Brightline accountable on their station.

4. Seek P3s to assist with building the large transit infrastructure our County needs but cannot afford due to the over promise of the half penny.

2. Create safer bus shelters for those walking to a bus stop.

As stated above, I will continue supporting the Better Bus Project to streamline our bus routes by creating the best and most cost-effective system for our community. Our bus system is unreliable and fails to attract new riders. There is little coordination between municipal trolleys and the County’s bus routes. As Mayor, I would take every step possible to see its implementation.

It is unacceptable that only 36% of our UMSA bus stops have a shelter. Many our residents utilize our bus system to get to work or an interview. Those riders not only deserve a reliable system, but they also deserve a bus stop that will not leave them in the unpredictable rain or piercing sun. The current model is structured to make our County money. We should instead be focused on creating the best service for our taxpayers. As Mayor, I would revisit our bus passenger program to make sure our County bus stops are properly equipped.

During my time on the County Commission, I fought to allocate approximately $8 billion over the next 40 years for transportation infrastructure, creating a long-term foundation for future mobility within our county. As County Commissioner, I redirected nearly $1 billion of misused funds towards transit solutions. Additionally, I created a Transportation Infrastructure Improvement District (TIID) that will generate $1.8 billion over the next 30 years for transportation projects. I also successfully advocated for federal funding for our gravely needed South Corridor Rapid Transit Project.

I believe we have made strides in creating a dynamic transportation system that is well suited to move us forward. However, we are not where we should be. As Mayor, I will continue advocating for public-private partnerships for our corridors to assist with funding. I will also continue seeking unique funding models, such as the TIID to grow funding without increasing taxes.

I would not restructure our transportation governance structure. We have added municipal members such as the Cities of Coral Gables and Doral to help address issues like cut through traffic. Conversely, at times municipal board members do not attend meeting, which creates obstacles in developing effective regional measures. The County and cities must work collaboratively to plan developments with a focus in transit integration.

Another continual issue is allowing politics and geographic favoritism when proceeding with large transit projects. The Board continuously allows politics to fuel our mass transit conversations, and thus halting the mass transportation our County deserves. Commissioners may also halt projects because their district has not advanced similar major transit projects. I strongly believe the Board of County Commissioners must make regional decisions. I have always supported mass transit projects throughout the County even when District 13 did not directly benefit. I will continue this mindset as Mayor.

Over the last several years, the Board of County Commissioners have adopted several of my measures that I believe will be transformative in the long term. I created alternative funding mechanisms that can help support future development. I also created zoning measures to create the density needed to grow our public transit system. It is imperative County government is transparent with the residents of Miami Dade and speak with clarity on how we are going to pay for transit options in the future. We are seeing both in action in the South Corridor with the development of the BRT and more housing and commercial construction, which will lead to more ridership - the ultimate formula to upgrade to rail.

As noted above, I would continue advocating for first/last mile solutions to allow all residents, whether they own a vehicle or not, the ability to use our transit system. I will also put every effort to make sure areas in our County are not ignored when planning our transit system. However, we must be weary when discussing social programing tied to transportation, such as providing free transit. Our transit system needs expansion, and we have limited funds to do so. As Mayor, I will make sure every cent is efficiently and effectively spent.

As County Commissioner, I have successfully reformed our land use policies to help maximize our transit options. For example, I led the charge in expanding the boundaries of the downtown Rapid Transit Zone, which promotes TOD standards, increases density, and creates more pedestrian friendly construction. I also successfully introduced legislation creating two new zoning districts within the TIID, which will provide more funding for our transit system without raising taxes. I strongly believe there is a unique intersection between land use and transit. As Mayor, I will continue seeking reform in this space to increase our ridership and provide more housing.

Coordination is imperative across all layers of governing, especially with service. Enhanced coordination will lead to efficiencies in service and cutting costs. I applaud the Better Bus Project for identifying synergies between municipal and County service. This practice should be part of the County’s operation. There is no need for the County to be funding a route that overlaps with a municipal route, which may be free to riders.