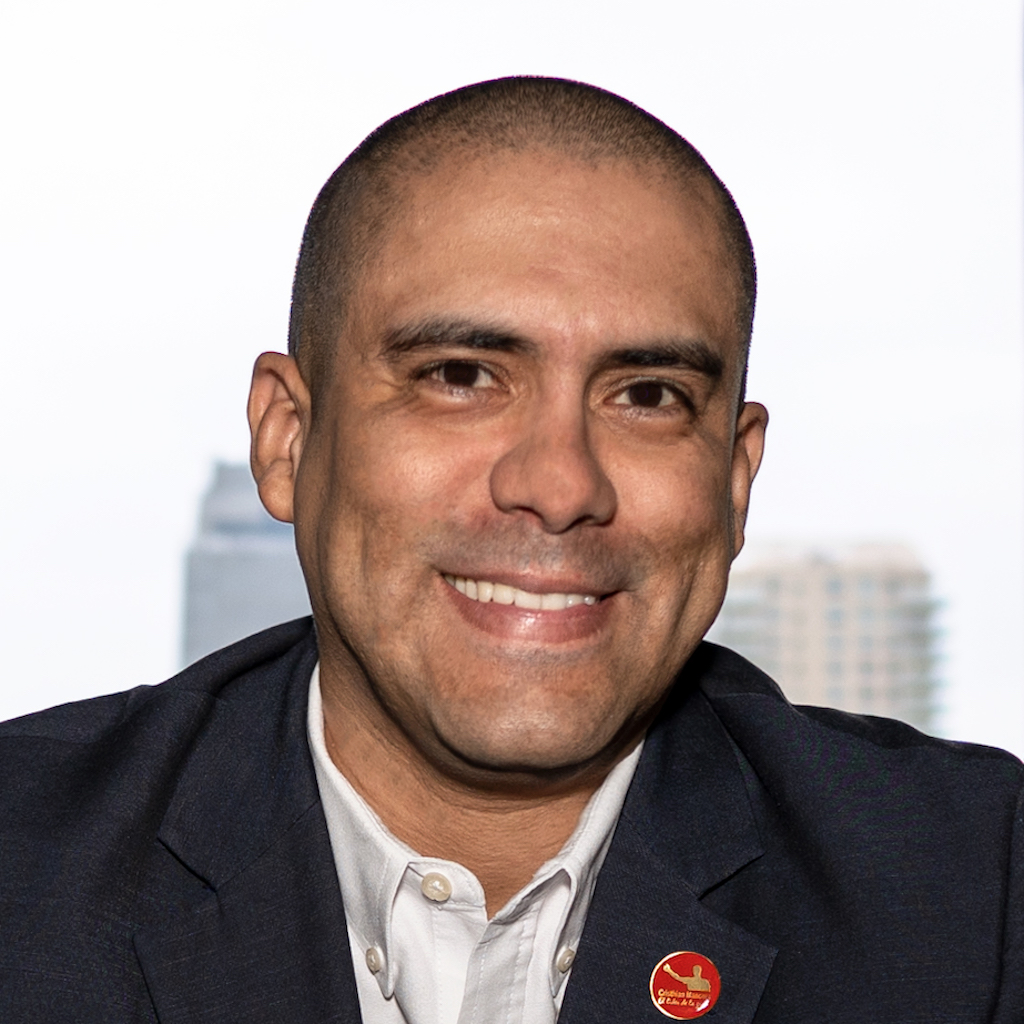 The lack of public transportation options that connect the South west of Miami-Dade make it, today, impossible to think of not using the personal vehicle. Smart and attractive alternatives are needed.

1. Support the expansion of metro rail into the South west of Dade and Into Doral.

2. Support the use of existing rails to apply commuter trains from South Dade, West Dade into downtown Miami to alleviate the traffic and the use of tolls which have an effect on our communities.

3. The construction of smart stations for Miami Dade bus riders, this will avoid riders having to wait hours under the sun, exposed to extreme weather conditions and would add at a low expense, indoor space, air conditioning, wifi, and solar power to renew our bus stations and the introduction of BRT bus rapid transit through Kendall drive and Killian parkway to connect our communities with the metro rail in Dade land.

4. Support the implementation of BRT throughout the county where the metro rail cannot be extended and using electric buses.

1. Using actual and current corridors, built bike roads and pathways in order ensure the security of our residents who use bikes and who would be exposed to potential accidents by imprudent drivers.

2. Built more parks and improve the ones that exist to ensure more spaces for our families to enjoy.

3. Building areas in District 11 to ensure that my community does not have to travel many hours to enjoy a nice event or moment. Investing in our community will be my priority.

By building Smart stations where these riders can be safe, wait for the bus under the shade with AC and the use of free wifi with a solar powered station would definitely improve and attract new riders. Moreover, using existing resources and implementing the BRT in our county through existing corridors, we would ensure that more people use the public transportation system.

The answer ironically is simple: saying Yes! to a new vision of the 21st century and allowing technology to be a supporting ground to expand, and develop our public transportation thinking about our citizens first and not more tolls and tolls. We have to have a commissioner who will be an advocate of mass transit and push forward an agenda of new developments in our county.

Working with these entities would be a starting point. And having the community play a role in the pressure to push reform would be one of my main goals. The community has to be involved in building a new county where everyone is accounted for. One thing I oppose is the creation of the MDX agency in charge of managing the resources of the tolls. Having a government body that answers to no one is a mistake and those resources belong to our community, and they must be well spent. Spending money on more roads without thinking about smart ways to improve public transport cannot continue to be the normal in this county.

1. What has gone wrong has been being stuck with leadership from the 20th century who still believes in cars as a way to resolve mass transit. We should have expanded the metro rail a long time to the beach and to South Dade. Also, building rails and allowing commuter trains to South Dade and west Kendall should have been done a long time ago.

2. Very small progress has been done because we do not have the leadership with a vision for the 21st century. That needs to change.

Equity has a very important role in my plan. We need to address the needs of communities that being excluded from the growth of the county. Not all resources have to be focused only in certain areas; we need to have an inclusive view in order to fully develop Miami-Dade. Having a new vision means exactly that. Bring development to areas that really need it to push forward growth, employment and that our children can live, grow and stay in our county. That has to be a priority and its part of my plan. Comprehensive plans that involve quality of life based on technology, growth, development and inclusion.